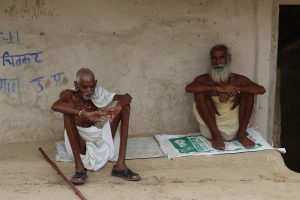 Poverty in India is still rampant despite an impressive economic growth. An estimated 250 million people are below the poverty line and approximately 75 per cent of them are in the rural areas.

In general, poverty can be defined as a situation when people are unable to satisfy the basic needs of life. According to the definition by Planning Commission of India, the poverty line is drawn with an intake of 2400 calories in rural areas and 2100 calories in urban areas. If a person is unable to get that minimum level of calories, then he/she is considered to be below the poverty line.

The Government has introduced a number of antipoverty programs since independence to alleviate poverty. These include various employment guarantee programmes such as National Rural Employment Programme, Rural Landless Employment Guarantee Programme etc. Recently, Government has initiated National Rural Employment Guarantee Program (NREGP). As per NREGP, the government will provide 100 days of employment per year to whosoever is willing to work. NREGP is considered as a landmark program in poverty alleviation measures.

These activities for poverty alleviation adhere to a fund-based development approach where there was little scope for people’s participation, thereby affecting the sustainability of the initiatives and nullifying it effectiveness. Consequently, a large number of persons are still living below the poverty line.

Interventions in the Self Reliance Campaign – Poverty Alleviation