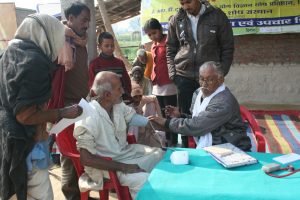 The WHO estimated that about 80% population of the world relies on traditional medicine for primary healthcare needs. India has been rich in traditional system of medicine since ancient times but traditional healthcare has been a neglected area by the government. About 70% of India’s population reside in rural area and depend primarily on traditional medicine. That is evident from the fact that in 2002, investment in healthcare was only 0.9% of the total GDP. The scenario surprisingly is not very pleasing one. Data shows that every second child in the country suffers from malnutrition, and that over 1,000 people succumb to tuberculosis every day. Almost 60,000 children are born with HIV each year. Basic health care and health assurance seem to be a distant dream for most of the population. India is a country where people are treated for the most basic diseases. Though the government has achieved success in implementation of a medical treatment infrastructure in urban areas, it has failed in the rural areas where the 70% of India’s population live. 50% of the diseases that are prevalent in the villages are due to unclean drinking water. The need is to establish a more achievable and simple health system which can ensure good healthcare of the villagers. There is a proverb ‘if health is lost everything is lost’. If a person is unhealthy, he cannot work to his full potential. So a self-reliant life pattern in the villages can only be achieved if a priority is given to the health needs of the villagers.

Interventions in the Self Reliance Campaign – Good Health